These 2022 CleanTech Trends Make For A Booming Market

Sustainability stole the show in 2021 as political drivers, policy changes and demand by customers all played a part in reviving the CleanTech market, which a decade ago was redundant. Having raised a record-breaking $32 billion in 2021, the industry is back in action and paving the way for a notorious 2022.

“There’s a much greater sense of awareness across the political landscape, across the business landscape and indeed across the public at large. That gets reflected into the investment community and where the opportunities are”, says Head of Sustainability at London & Partners.

But what will the sector’s explosive growth mean for the CleanTech market next year? We investigate the top six CleanTech trends to watch out for as pressure continues to mount on world leaders to reduce greenhouse gas emissions.

How does it compare to last year? Here is what we found.

According to IEA’s Renewables 2020, renewable energy is increasingly becoming cheaper than fossil fuels. In the last ten years, wind and solar plants became 70% and 89% cheaper, with their capacity expected to exceed coal and gas in less than five years.

Following a learning curve, as capacity increases, cost decreases, so that when countries like the U.S. look to deploy renewables, not only are they lowering the cost, but also making the technology accessible for the entire world.

Hydrogen gas has the highest energy density of all fuels and produces near-zero greenhouse gas emissions. However, whilst being one of the cleanest gases, it struggles with energy conversion efficiency. A big focus for 2022 will be improving the agility of green hydrogen in hydrogen storage, transport and distribution and overcoming one of its biggest challenges; cost.

We expect more startups who champion this gas to commercialize, such as US-based ElektrikGreen who use green hydrogen to charge fuel cell vehicles. The startup’s at-home refueling station enables charging of Fresume, integrating power conversion, energy storage, predictive management software, monitoring, and refueling, all in one simple-to-install system. 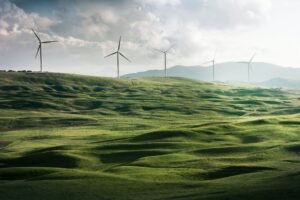 A heightened sense of urgency over tackling climate change has prompted a surge in commitments to curb emissions from political and corporate spheres. The US and EU have committed to reaching net-zero carbon emissions by 2050; China has said it will do so by 2060.

As such, funding is pouring into technologies to combat climate change and achieve these net-zero targets at an unprecedented rate, as the push to cut emissions will spur a new wave of innovation.

The past year, we have seen a surge in CleanTech-focused venture capitalist funds such as Blue Bear Capital, Lowercarbon Capital and Clean Energy Ventures. A full list can be accessed here.

“We’ve seen the volume of investment in climate tech accelerate in 2020 and, this year, it’s absolutely off the charts. We are seeing our start-ups be funded faster and in larger rounds than ever before”, says Emily Reichert, Chief Executive of Greentown Labs — North America’s biggest climate tech start-up incubator.

The importance of air quality came into stark focus last year, as coronavirus became a major threat and changed the lives of many across the world. Industry leaders expect energy and sustainability management software to rise in demand, particularly as businesses increasingly look to incorporate ESG values into their business model.

Such software, such as Airly, can monitor pollutants with greater accuracy, at a lower cost and in more places, and Carbon Engineering, which pulls CO2 out of the atmosphere and sequesters it far below the earth’s surface.

Investment in eVTOLs hit $5 billion in 2021, making the reality of flying cars and giant drones within reach. The goal is to link urban centers with suburbs while leapfrogging traffic, which startups such as Joby Aviation and Lilium are on course to do.

2022 expects to see the largest deployment of air vehicles in urban environments as investors continue to pour millions into commercialization efforts in the next year. An urban air mobility study by Frost & Sullivan predicts air taxis to launch at the beginning of 2022, driven by a confluence of technologies, including autonomous vehicles such as drones and self-driving cars, more efficient batteries and advanced manufacturing techniques. 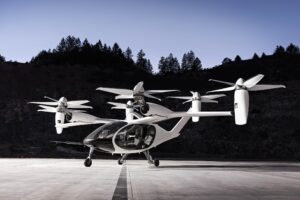 A carbon offset occurs when a company or organization funds carbon offset projects that remove or prevent greenhouse gases being released. Carbon offsetting can be as simple as planting trees, or more complicated, such as investing in carbon capture technology.

Despite being a source of controversy, some experts believe the market is on the brink of explosive growth, with predictions of being a $100 billion market by 2030. We expect to see a new movement among early-stage companies to assess and offset carbon emissions, such as Cloverly, NCX and Patch.

As these CleanTech trends display, 2022 is set to be a huge year for the CleanTech revolution! As world leaders come together in November 2021 to accelerate action towards the Paris Agreement at the COP26 Summit, could the next 12 months be a major milestone in avoiding a climate disaster?

With investment soaring and demand increasing, more and more startups are looking to build the very best teams to bring their technology to market. Get in touch to speak to one of our specialist Consultants about growing your business to accelerate a sustainable future.