Are we reaching a Clean Energy tipping point?

What is the situation with clean energy right now?

There has been a huge surge in interests when it comes to clean energy, especially in the recent years. The energy sector is going through a revolution, where fossil fuels are fading away and new energy sources are playing an increasingly important role. So far, more than 70 countries have set targets to cut their greenhouse gas emissions to zero, including Europe, the US and China. Those three, plus a few more account for more than 75% of global missions. To reach the net-zero ambitions, there is still a lot of work that has to be done. So, are we reaching a Clean Energy tipping point? Let’s explore the topic. 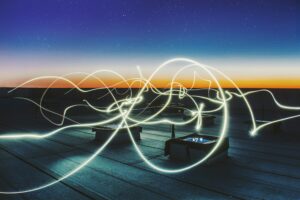 According to iShares, there are currently three main things driving the transition to clean energy:

Research conducted by Our World in Data concludes that while electricity from clean energy became cheaper as we increased capacity, electricity generated from nuclear and fossil fuels did not. Additionally, according to another research, the cleanest sources of energy are also the safest.

In recent years, we’ve seen a transformation happening at the policy level. Paris agreement asked to reduce emissions in order to curb the climate crisis and limit global temperature rises to 2°C above pre-industrial levels. In the UK, the zero carbon emissions by 2050 goal has been set, and China is aiming for 35% of energy to be produced from clean energy by 2030. Recently as well, the Inflation Reduction Act has been passed in the US, which “makes the single largest investment in climate and energy in American history”.

Having more buy-in from the governments has been definitely beneficial for the energy transition. There has been also a big change in consumer behavior when it comes to clean energy and sustainability as a whole. Many prospects are now influenced by the environmental issues when it comes to buying and consuming virtually anything – from household appliances to cars. The surge in popularity of electric vehicles in the past 5 years has been massive, which is another aspect related to the clean energy transition.

Basically speaking, we need to produce the energy from something, if we want to charge our zero emission vehicles somehow. Hence the big interest in clean, renewable and alternative sources of energy. This also rolls over onto the topic of energy infrastructure and the grid. Reaching the ambitious net-zero goals requires both cleaning up the power grid while expanding what gets plugged into it. Because clean energy is safer and less susceptive to turmoil, the infrastructure, when changed, will be more resilient. If you’d add to that the necessity of battery storage, we’re potentially looking at a win-win situation for everybody.

So, the question remains: are we reaching a Clean Energy tipping point? Looking at the before-mentioned points, it appears we are slowly going into that direction. The adoption of electric vehicles, transition of energy infrastructure, cheaper costs of deploying technology and the switch in consumer behavior are all pushing us towards the tipping point for clean energy.

The big question that remains is: when exactly?

As leaders in the Clean Energy Recruitment market, we know that only the start-ups with a successful team behind them will bring these Clean Energy trends to fruition to mark their contribution towards a sustainable future. For any hiring support or talent advice, do not hesitate to get in touch!