The GreenTech Movement In Asia-Pacific

The Market Opportunity For Green Technology in APAC 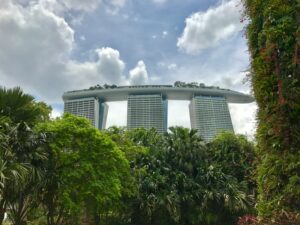 With Asia and the Pacific accounting for more than half of global energy consumption, it’s no surprise that the region is focusing on fuelling its sustainable energy transformation potential. Despite a global pandemic in the last few years, APAC has outperformed other regions of the world in terms of renewable energy investment.

The APAC market is poised to become a key destination for renewable energy development and investment in the next decade, as demand for green technology is growing faster than in any other region. The area has set its sights on the integration of new technologies in developing countries like China, India, and Singapore, alongside rising populations, strong economic growth and low penetration of renewables, with an expected market growth rate of 24.6% CAGR between 2021-2027.

The region has also piqued the attention of investors, with CleanTech funds coming to market in the last year. As such, Asia-Pacific investment in renewable energy generation is expected to outnumber fossil fuel power expenditure by 2030, with investment estimated to double to $1.3 trillion. In particular, clean energy generation such as solar, wind, bioenergy and small‐hydro project development is hot right now, alongside other attractive investment themes, such as urbanization, a growing middle class, environmental deterioration and the need to use finite resources more wisely.

As it stands, China and India are now the two biggest players in the APAC GreenTech market. However, Japan’s recent renewable energy policy has made the country an interesting prospect regarding renewable energy projects, alongside ASEAN’s strong economic growth and improvement of governance and Singapore emerging as a key hub for Southeast Asia CleanTech funds. Governments in the APAC market have all made various pledges to zero-carbon, green initiatives, including investing in the development of new green energy technology businesses such as solar and wind, smart grids, green vehicles, and green buildings.

With such enormous opportunity, Storm4 launched in the APAC region in May 2022, to serve this growing market and aid the region to meet its climate targets with top talent. Leading the charge is Iona Stacy-Marks, who has digested the APAC GreenTech market below; from the APAC climate trends, country contribution towards sustainability and how Storm4 can help Asia-Pacific GreenTech startups succeed.

The tide of fossil fuel production and consumption in the region has shifted. As governments push renewable energy agendas, solar and wind are expected to be the main focus. Due to the geographic advantages of some Asian countries, the region is expected to become the second-largest offshore wind market by 2030, with a capacity reaching 78 gigawatts (a compound annual growth rate of 24%).

Several other factors boosting the emphasis of renewables in the region are the levelized cost of energy and the expansion of emerging technologies such as green hydrogen and utility-scale batteries. For example, Japan’s growing commitment to decarbonization allows countries like Australia to export hydrogen to the country. 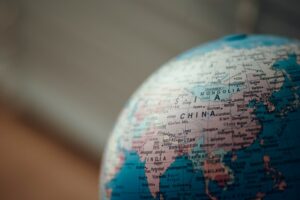 Being the world’s largest user and producer of coal and the largest emitter of greenhouse gases, many view China as solely committed to its national “black growth” development. However, and surprisingly to some, it has contributed to the uptake of green technology by building the world’s largest renewable energy system, exceeding the total electricity generated in France and Germany combined. As a result, the cost of generating electricity from renewables has decreased, hastening the adoption of renewable energy.

Taiwan is home to early adopters in the clean technology industry, developing solar cells in the early to mid-2000s and today ranking among the world’s established leaders. Taiwan’s renewable energy sector has looked bright since the country’s new government took office in 2016, thanks to the vows of a “green energy” policy and a goal of shutting down all nuclear reactors by 2025.

Building a city of green possibilities is Singapore, which has initiated its Singapore Green Plan 2030. The Green Plan is a nationwide initiative that aims to advance the country’s sustainable development objectives. It lays out ambitious and specific goals for the next ten years, reinforcing Singapore’s obligations under the UN’s 2030 Sustainable Development Agenda and the Paris Agreement, and positioning the country to meet its long-term net-zero emissions targets as soon as possible.

Key GreenTech APAC Trends To Look Out For

Investment in renewable energy assets has exploded throughout Asia to fulfil the region’s expanding energy demand and to provide an alternative to fossil fuels. While traditional sources of renewable energy have reaped the benefits of investment, many entrepreneurs and investors in the region have turned their attention to CleanTech energy. Against this backdrop, here are some of the most important current developments.

Unlocking the potential of Green Hydrogen

Green hydrogen, which has long been seen as the energy of the future, is rapidly being recognised as a viable option. While many countries’ current hydrogen programmes are ambitious, they lack policy clarity, and the region wants to be the first to correct this. The Olympic torch was fuelled by hydrogen at the 2020 Tokyo Olympic Games, overcoming the societal barrier to success and nurturing a well-informed society that embraces the energy change.

For the region to reach its carbon targets, offshore renewables are vital. It has enormous potential and numerous benefits, particularly in the underdeveloped Small Island Developing States, allowing for the promotion of innovation, research, and development.

However, most Asian and Pacific countries’ marine infrastructure is underdeveloped, and demonstration projects are still on a limited scale. This makes predicting potential environmental consequences and whether the project can supply the needed amount of energy difficult.

Waste management is at the forefront of many large cities in the region as landfill sites become scarce. With urbanisation and industrialisation diminishing land availability, Waste-To-Energy (WTE) technologies have the dual benefit of reducing landfill requirements in urban environments while also replacing fossil fuel-based power sources.

According to some analysts, the Asia-Pacific WTE market will increase at a rate of 5% or more over the next five years. In terms of WTE generation, China and Japan have taken the lead (domestically in the case of China, and in exporting its expertise in the case of Japan). However, the pipeline in Southeast Asia is tremendously active and supported by strong government mandates in countries like Singapore, Thailand, Indonesia, and Vietnam.

How Storm4 Can Help Your APAC GreenTech 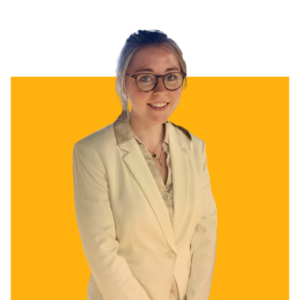 As specialists in the global GreenTech recruitment market, Storm4 have launched its services in the growing APAC region, headquartered in the heart of its CleanTech hub, Singapore.

Partnering with startups and scaleups at the cutting edge of renewable energy tech, and ‘clean’ innovation, we hope to aid the enormous growth of the APAC GreenTech market by hyper-scaling top talent in teams across Product Management, Data & Analytics, Engineering, DevOps and Sales & Marketing.

If you are looking to scale your APAC GreenTech startup, get in touch to speak with one of our specialist consultants today!

As Asia continues to grow, sustainable energy sources will become increasingly important to the region’s development in the next years, fuelling the CleanTech demand. Fortunately, virtually all of the region’s governments have made efforts to implement national and regional renewable energy objectives, and several have introduced government incentives to encourage CleanTech investment, demonstrating the region’s strong commitment to the energy transition. While some inherent risks exist due to the unknown or unfamiliar regulatory and legal landscape in some countries, we expect investors to continue to take advantage of Asia’s enormous potential.