Store It Or Lose It! 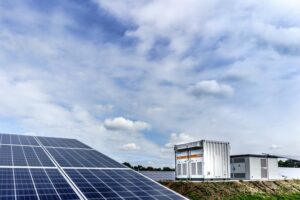 Energy storage technologies lie at the core of the climate revolution due to its potential to support smart energy systems and the automotive sector. Rapidly scaling up energy storage systems will be critical to address the technical and sustainable challenges of the world’s electricity networks and avoid the energy grid from collapsing.

And the investment speaks for itself. The Financial Times reported energy storage companies raised $5.5 billion in venture capital over the first nine months of 2021, across 59 deals. This, compared to just $1.2 billion being invested across 91 deals during the same period of 2020, reveal how precedent the development of this technology is to inherit a sustainable future.

Many start-ups have jumped at the chance to develop storage solutions to contribute to a smart, safe and carbon-free electricity network. The problem is, no clear winner has emerged. Instead, we have rounded up the technologies to watch in 2022, unlocking their sizeable potential to maintain the world’s sufficient flow of renewable power.

But First, Why Invest In Energy Storage?

Energy storage is a critical component of the grid, supplementing wind, solar, hydro, nuclear and fossil fuels as well as demand-side resources and system efficiency assets. Ultimately, storage is an enabling technology that can help consumers save money, improve reliability and resilience and help reduce environmental impacts. All in one.

One of the biggest pulls for consumers to integrate energy storage solutions in their homes or businesses is the cost-saving element. The essence of storing energy to use during peak periods when electricity rates are higher will inevitably save consumers money whilst also saving operational costs when powering the grid.

Another characteristic that is of great interest to consumers and business owners is the ability to supply backup power during outages. Just like a home smoke alarm has a battery backup, the same concept can be applied and scaled to an entire building and the grid at large.

This flexibility is essential to achieve reliability and resilience since it ensures users have access to continuous power whenever and wherever they need it. Ultimately, as the cost of outages continues to climb, the value of increased reliability and improvements in resilience also rises.

Flexibility also plays into the ability to reduce greenhouse gas (GHG) emissions. By introducing more flexibility into the grid, energy storage can help integrate more solar, wind and distributed energy resources. It can also improve the efficiency of the grid by increasing the capacity factor of existing resources and offset the need for building new pollution-emitting peak power plants.

In response to shifting energy demands and technological advancements, the energy storage business has evolved, adapted, and innovated during the last century. From batteries and hydrogen to pumped hydropower, energy storage systems are building a more resilient energy infrastructure whilst also saving utilities and consumers money.

Intelligent battery software uses algorithms to coordinate energy production and computerised control systems are used to decide whether to hold the energy for reserves or release it to the grid. During times of peak demand, energy is released from the battery storage system, keeping costs down and electricity flowing.

Lithium-ion batteries, which are used in mobile phones and electric cars, are currently the most common storage technology for large-scale facilities, allowing electrical networks to provide a consistent supply of renewable energy. 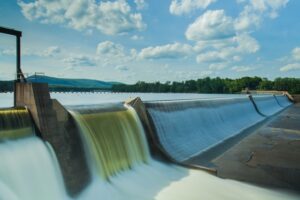 Dating back before lithium-ions prime, this gravity-based concept physically transfers water from a low to a high reservoir, from which the water descends to generate power as needed. According to the U.S. Department of Energy, hydropower currently provides 95% of grid storage in the United States.

Once built, these systems possess a low cost of storage and hold vast amounts of energy compared to the world’s biggest batteries. The one hurdle preventing mass development is that pumped-hydro storage plants are particularly difficult to develop due to the permitting implications of huge water-based infrastructure and the recent difficulty in completing massive building projects in general.

Nonetheless, a few of these projects are making progress. The 400-megawatt Gordon Butte project in Montana has both licenses and financial backing as well as the 1,300-megawatt Eagle Mountain in California has a federal license to construct.

Overcoming the limitations of battery and pumped water storage, (batteries suffer from storage degradation and can only store a limited amount of energy, while pumped water storage can only be used in specific geographic areas), hydrogen energy storage uses surplus energy created by renewables during low energy demand periods to power electrolysis. Once generated, it can be used in stationary fuel cells for power generation, fuel for vehicles and injected into natural gas pipelines to minimise carbon emissions.

Hydrogen produced through electrolysis is proving to be a cost-effective fuel choice, with data from the International Energy Agency estimating that hydrogen generated from wind will be cheaper than natural gas by 2030. And the technology has demonstrated its worth outside of the lab through real-world projects. For example, in 2018, Enbridge Gas Distribution and FCHEA member Hydrogenics opened North America’s first multi-megawatt power-to-gas facility using renewably-sourced hydrogen.

Energy storage technologies will continue to see advances as more innovators enter the market and the industry continues to expand and mature. This technology will power our grid to reach its goal of becoming more efficient, stable and cost-effective as the world ventures towards an energy future with renewables at the core.