Future mobility and public transport: what is going to happen?

Using public transport instead of driving a car is one of the most effective actions we as individuals can take to help stop the acceleration of the climate crisis. But to do that, not only do we need to move to more sustainable technologies within the public transit sector, but it also has to be widely available for everyone. Future mobility will become the driving force behind public transport, and the change is already happening now. According to Project C40 Cities, public transport needs to double to meet the 1.5°C targets.

Future mobility will reinvent the way we’re thinking about cities and urban transit. In 2022, there are already plenty of initiatives being brought forward. We’ve put together a list of how future mobility within the public sector will change the way we commute in the future for work and travel. 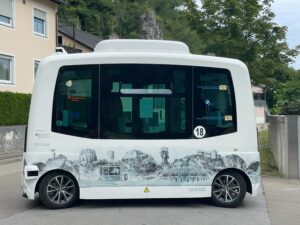 The rise of autonomous fleets

Many cities, companies and public transport operators are slowly dipping their toes into the concept of autonomous fleets. RATP Dev US is currently rolling out autonomous vehicle testing in various parts of the world and in different types of environments. Some operations relate to slow and small shuttle buses to support more traditional parts of public transport, such as railways. Some use these shuttle buses to commute to campuses. For example, Germany has projects already set in motion related to this. German Deutsche Ban and RVM want to roll out the world’s first autonomous shuttle fleet to support their regular operations.

As said by Dr. Jörg Sandvoß, CEO of DB Regio: “Autonomous driving on-demand is an important step towards better public transport services in the area and thus more climate-friendly mobility for all people in Germany. Together with RMV, we want to put the world’s first autonomous on-demand fleet on the road in regular public transport operations as early as next year. Because only with driverless shuttles travelling at normal speeds will we create a public transport system that people can board anywhere and at any time.”

Germany is not the only country that has plans for autonomous vehicles. Various cities in France have run tests aimed at incorporating autonomous shuttles into extremely dense urban environments and beyond. These projects have been launched in Paris-Rive Gauche, Saint-Rémy-lès-Chevreuse, Archamps and Boulogne-sur-Mer. Additionally, there has been an autonomous shuttle running between a metro station and Vincennes Woods near Paris, as a way to boost tourism and help offload the transportation network.

In 2021, Cambridge ran a trial for their autonomous bus, designed to seat up to ten people. Estonia runs a similar pilot in Tartu, with an autonomous, hydrogen-powered shuttle bus.

Zero-emission vehicles will serve as an inevitable route to take for public transport when it comes to decarbonizing the fleets. In 2020, only 6.1% of all buses registered in the EU were electric. According to that report, with 446 electric buses sold last year, the majority were in the Netherlands, making it the leading market, followed by Germany and Poland. These numbers account only for the buses sold and delivered, not taking into account the backlog of vehicles that still need to be manufactured.

There is still definitely room for improvement. With the rise of hydrogen power, there might be some acceleration in that department very soon, which will help the adoption of zero-emission public transport. 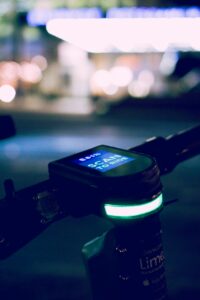 Mobility-as-a-Service has been taking the industry by storm. MaaS involves using smartphone apps to combine trip-planning and payment for mobility options. Known examples of this can be Uber (which became almost a replacement for more traditional taxi services), e-bike, e-scooter rentals, and rental cars. But there is also a big opportunity for MaaS in relation to the public transport sector. There are three different approaches: Transit agency-led app development, private company-led app development and private provider-led app development. The first model refers to when the transit company takes different mobility options “under their wing” and includes them in their services. The second one refers to when the app development is outsourced to a private company. The last one refers to private providers that develop their apps for themselves and take care of the upgrades.

When it comes to on-demand services, there are many projects currently being rolled out. One of the countries currently leading the way in Europe is Germany. It is predicted that by the end of 2022, there will be as many as 80 projects related to on-demand services. According to VDV, 47% of all on-demand services in Germany are operating in rural areas and small towns, 26% in medium-sized and large cities, 14% in suburban areas and 13% in urban areas. The ongoing as well as upcoming projects are aimed to be fully integrated into the already existing public transport networks.

As said by Ingo Wortmann, President of the Association of German Transport Companies (VDV): “In the case of projects in rural areas, this means that there are flexible offers where there were none before. In addition, it is becoming apparent that underutilized regular services are more likely to be converted to on-demand services with several smaller vehicles. This effectively reduces empty runs and instead serves the mobility needs of our passengers flexibly and with a high level of comfort.”

But Germany is not the only one, as there are many other countries participating in trials for on-demand services. The Italian city of Brescia has experimented with implementing MaaS into its existing network. In the US, cities like Sacramento, California; Dallas, Texas; Arlington, Virginia and Seattle, Washington were also looking into on-demand services, as a part of research conducted by Boston Consulting Group. The report is promising: the researchers found out that on-demand transit services reduce congestion, cut pollution and open economic opportunities to the most disadvantaged areas of cities.

There are more possibilities related to future mobility and the public transport sector, but we might not be there just yet. There are many companies looking into the decarbonization of public transit and improvement of the already existing networks. Based on that, it is not only important to stay open and curious, but also to find the best talent when it comes to working in future mobility. In case you’re one of these companies that want to accelerate the green change, or you’d like to join one, Storm4 prides itself on working the best candidates and companies within the future mobility sector. In case you have a vacancy open, or you’d like to become a part of our talent pool, reach out to us.