The Big Hydro-Quest: Is Green Hydrogen The Key To A Sustainable Future?

What’s the fuss about Green Hydrogen?

With the necessity of accelerating the transition to greener energy and a more sustainable way of living, hydrogen and fuel cells are often quoted as some of the “biggest solutions to laying off fossil fuels”. So how is it then, that 95% of hydrogen is actually produced from fossil fuels?

This is where green hydrogen comes in. But what exactly is green hydrogen? Basically, it’s hydrogen generated by renewable energy or from low-carbon power, where the two products of the process are clean hydrogen and oxygen.

There are two other types of hydrogen – Gray and Blue.

Green hydrogen was listed in a number of emissions reduction pledges at the COP 26 and the UN Climate Conference, as a means to lower the emissions of heavy industry, long haul freight, shipping, and aviation. These sectors are generally known to be hard to “electrify”, so the use of sustainably produced hydrogen could be a key when it comes to decarbonizing these sectors.

In November 2021, in Glasgow, it was announced that The Green Hydrogen Catapult, a coalition of green hydrogen leaders, announced a commitment for 45 GW of electrolyzers to be developed with secured financing by 2026 and targeted commissioning in 2027. 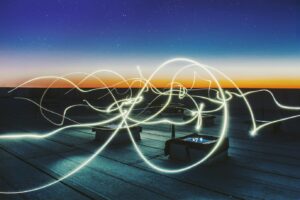 What applications does green hydrogen have?

Firstly, high-purity hydrogen produced by an electrolyzer is ideal for fuel cells. A country that is leading the way in that is Japan, as many car manufacturers there have been using fuel  in vehicles (FCEV) for more than a decade already. According to research conducted in 2019, FCEVs have the potential for considerable cost reduction as manufacturing volumes rise, but it is not expected to match the rate of battery electric vehicles (BEVs) and fossil-fuelled cars until 2030. Nevertheless, hydrogen fuel cells might be the key to decarbonizing heavy vehicles such as buses, lorries and trains.

Secondly, hydrogen can be applied to the maritime and shipping industry, but the advancements  are still under development. Why? Hydrogen has a low volumetric energy density compared to other fuels, which makes it tricky to store on board. Until a better way to store it and transport it is discovered, hydrogen is not smooth sailing. Additionally, some companies, like Airbus, are hoping that green hydrogen will revolutionize the aviation industry.

So far, using green hydrogen for energy storage is the most well-known application. use in energy storage systems in isolated facilities can improve the life of the facilities, reduce the price of PV installation and not pollute the environment!

Additionally, green hydrogen can be used in manufacturing processes of some elements that are highly polluting, such as fertilizers, ammonia, steel manufacturing or fuel refining. It can also be used to generate electricity and heat domestic water.

So what now? Will green hydrogen be the next big thing?

As of today, we produce a lot of gray hydrogen, but not enough green hydrogen. According to Wood Mackenzie, green hydrogen accounts for less than 1% of total annual hydrogen production. To put it into perspective, the annual global demand for hydrogen is 70 million tones.

There has been a lot of state-funded research and development going into green hydrogen, and there are more companies who are willing to look into that. Additionally, many countries have already published national hydrogen strategies, for example Australia, Chile, Germany, South Korea, Spain and New Zealand.

So, to answer the question: will green hydrogen be the next big thing?

Well, it won’t be the solution to everything alone, and neither will PV, offshore wind or battery storage. But to decarbonize successfully, we need a combination of several technologies. Hydrogen might be one of those technologies. When the costs will get significantly lower, it will accompany all  other tech in the renewables and storage sectors to accelerate the transformation to a more sustainable tomorrow.

Here at Storm4, we partner with decarbonization startups on a mission to tackle the climate crisis. If this sounds like you, get in touch. We advise and support with any growth plans, team structures or market trends.